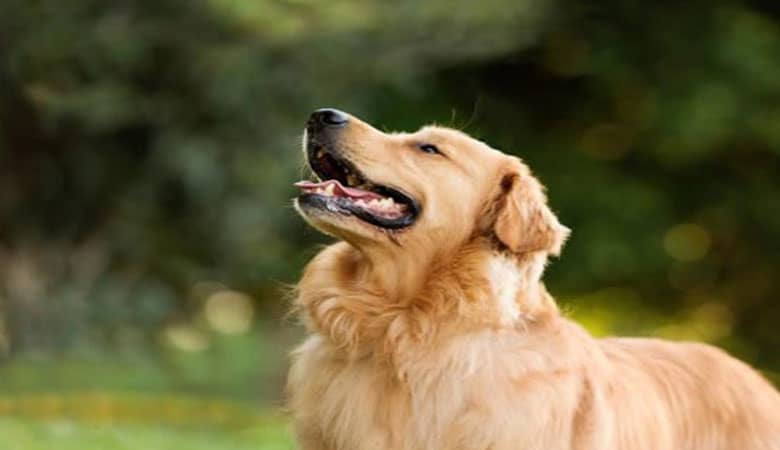 Golden Retrievers are great dog species and also make nice pets. They are playful, accommodating, and obedient. You can consider yourself fortunate if you own one of these cute furry pets. But if you just saw a gorgeous Golden Retriever at an obedience trial or other dog shows and wish to have one, keep reading.

One thing you should bear in mind about this breed is that they are not suitable as a watchdog. Keeping them as a pet requires adequate care, including a protein-rich diet.  Also, you need to know a bit about the Golden Retriever family.  The Golden Retrievers emerged from crossbreeding the Tweed Water Spaniels and Yellow Retrievers.

You must also be ready for all the concerns of managing golden Retriever shedding. So, this article will share everything you need to know about the Golden Retriever. Read along while we guide you through.

The truth is, you’ll have to part with some substantial money to own one of these beauties. And more importantly, you must know how to take proper care of it.

The Golden Retriever is a popular dog breed known for its gentle nature and beautiful gold coat. Due to its affectionate nature, this expensive dog breed has won the hearts of many pet lovers.

In addition, the breed makes fine gun dogs, and it is the most popular dog breed in the United States.

Sir Dudley Marjoribanks created the Golden Retriever in Scotland in the late 19th century. Marjoribanks was a Scottish businessman, and politician also referred to as the Laird of Guisachan.

He created the Golden Retriever by crossbreeding Tweed Water Spaniels and Yellow Retrievers.

The Kennel Club first recognized the new dog breed in 1913. In the following years, amidst the interwar, the Golden Retriever reached other parts of the west and continued to spread.

There are three types of Golden Retrievers; they are the

American Golden Retrievers have a thicker coat than the Canadian variety. This family of Golden retrievers is also of a slenderer build.

The English golden Retriever has a heavier build than the other types. Also, they have lighter golden coats. If your Golden Retriever is still a puppy, you’ll be able to tell its final color from that on the tip of its ears.

Canadian Golden Retrievers have a thin coat and are of a less bulky build than the English. They also have thinner and shorter hairs than the other two. Lastly, they are always about 2 inches taller than American and English Golden retrievers.

This special dog breed has a double hair coating. As a result, it goes through shedding throughout the year. If you’re unfamiliar with the term “shedding,” it describes how your four-legged friend loses hair.

So, you’ll commonly find your Golden Breeder’s hairs on the couch, on furniture, on the rug, and in other places it spends time. They shed moderately during summer and winter, while they shed the most during spring and fall.

The Golden Retriever sheds heavily during the spring in preparation for the coming warm temperature of summer.

While females grow up to 55-65 pounds in adulthood, males grow bigger and can be up to 75 pounds. In terms of coloration, the Golden retriever is mainly light gold, golden, and dark gold.

There are also appearances of red-colored dogs of this breed. The Golden Retriever has a water-repellent furry coat that is either wavy or flat.

You should also notice the feathering on certain body parts, including the neck, thighs, tail, underside, and legs.

The dog typically has a broad, strong head with moderately-sized ears. It has a deep chest and a balanced body. On average, the Golden Retriever lives up to 10 to 13 years.

Generally, the Golden Retriever is intelligent, affectionate, and has an even temper. While dogs belonging to this breed are very playful, they’re gentle around children.

Also, they are social, as they easily get along with strangers and other household pets.

Their affectionate nature makes them always want to please their owner by doing services like fetching their owner’s slippers and hunting. Also, they are quick learners and are easy to train as service dogs.

But you must resist the urge to use them as watchdogs. They don’t have guard instincts and will hardly bark. However, they can make you aware of an approaching stranger.

Also, swimming is one of their favorites if you’re looking to engage your gold-furred pet in sport.

Under normal conditions, your golden-haired pet will eat 2 cups of premium food daily. But you can adjust the food volume based on metabolism or activity level.

Note that your golden may develop poor skin conditions if fed a low-quality diet.

Generally, their diets should have rich protein content. Such may include beef, lean fish, meats, salmon, or turkey. Fruits and vegetables, cooked rice & pasta, and dairy products are also welcome additions.

Golden Retrievers usually experience their first heat period, around 6 months. Despite this, they are not mature enough for breeding.

While a male Golden Retriever is ready to breed at 12 months, females usually require longer, within 18 to 24 months, before they can properly breed.

If a female breeds too early, health complications might result. The pregnancy term for Golden Retrievers falls somewhere around 2 to 3 months. The females have 2 heat cycles a year and stop conceiving at 7 years.

Owning any pet, including your Golden Retriever, comes with responsibilities. So, ensure to feed it properly and only allow it to breed when it is matured to avoid complications.

If you can’t afford premium food regularly, you can provide it with protein-rich diets. Also, make sure you always have a vet within reach.

If you have other pets or a toddler in your house, you have nothing to worry about buying a Golden Retriever, as it is affectionate and obedient.

Lastly, don’t rely on your golden for watchdog duties – it can’t serve in that capacity. As its name implies, it can be your perfect “retriever” with the proper training.