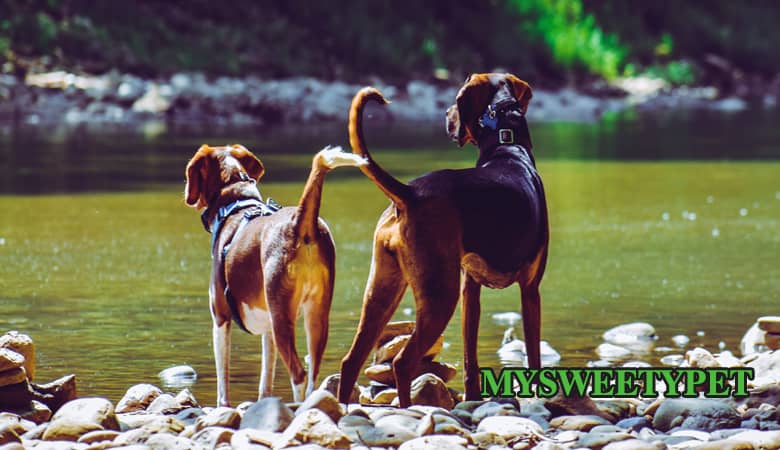 Have you ever watched your dog sniff another dog’s butt and wondered what the heck they were doing? Well, you’re not alone. Butt sniffing is a very common behavior in dogs, but it can be pretty confusing (and even gross!) to us humans. So why do dogs sniff butts?

There are a few different reasons that dogs sniff butts. The first and most obvious reason is that dogs have a much better sense of smell than we do. They can use their noses to gather all sorts of information about other dogs, including what they’ve been up to and what they’ve been eating.

​​Turns out they’re just introducing themselves, according to Dr. Katherine Miller, director of animal behavior and enrichment at the ASPCA Adoption Center in New York City. “That’s how a dog greets another dog and gets to know them,” she says.

Dogs have some serious sniffing skills. When a dog sniffs something, he is taking in a range of information, from who else has been there to what kind of mood the other dog is in. “When a dog is smelling another dog, they’re getting a full-on portrait of who that animal is,” Miller says.

Just as we use names to introduce ourselves, dogs use an individual’s scent to identify and remember one another. Each dog has its own unique “scent print”—a combination of its own skin oils, sweat, and other odors that make it unique—that it deposits on other dogs’ fur during a greeting. “When two dogs meet, they’re checking out each other’s scent print,” says Miller.

There is no easy answer when it comes to a dog’s rear-end sniffing habits. Some people believe that it is a natural instinct for a dog to want to sniff another dog’s behind, while others believe that it is an act of dominance. Either way, if your dog is constantly sniffing other dogs’ behinds, there are a few things you can do to try and stop the behavior.

What should you do?

The first thing you can do is to keep your dog on a leash when you are around other dogs. This will prevent your dog from being able to get close enough to sniff another dog’s behind. You can also try to distract your dog with toys or treats when you are around other dogs. If your dog is still focused on sniffing behind, you may need to seek the help of a professional dog trainer. For that reason, you can always use the opportunity to subscribe to an online vet chat and have an opportunity to be in touch with a certified vet 24/7.

Another option is to get them spayed or neutered. This will help to reduce their hormones and make them less likely to engage in this behavior. You can also try training your dog with positive reinforcement. Reward them when they do not engage in this behavior. Finally, you can consult with a veterinarian or animal behaviorist to get help with this issue.

This is perfectly normal behavior for dogs! Dogs have a highly developed sense of smell, and they use it to communicate with each other. When a dog sniffs another dog’s butt, they are getting information about that dog’s health, diet, and even emotional state.

How to stop a dog from sniffing human private areas?

This can also be done by teaching the dog a cue, such as “leave it,” which means to stop what it is doing and move away. You will also need to be consistent in using the cue and in providing rewards or punishments as needed to reinforce the behavior.

​​Once your dog is responding consistently to your commands, you can start adding in additional words and phrases like “sit,” “stay,” and “come.”

What to do when your dog is sniffing other dogs?

If your dog is sniffing other dogs, you may want to consider teaching them to stop. Dogs sniff each other as a way to greet and learn about each other. However, if your dog is being too intrusive or if the other dog seems uncomfortable, you should intervene. You can tell your dog to stop sniffing by using a cue such as “enough.”

Another method to stop your dog from sniffing other dogs is to keep them on a leash so they can’t get close enough to sniff. Another is to teach them a “leave it” command so they know to back away when they’re told. Finally, you can just keep an eye on them and interrupted the behavior when you see them start to sniff.

You may also need to physically remove your dog from the situation. If an emergency situation occurs – it is wise to have a subscription which would help eliminate the costs related to emergency situations. This opportunity is covered by the pet emergency fund which is designed specifically for covering your pet’s emergency costs once per year for up to $3,000.

Conclusion: Butt sniffing is a way for dogs to greet each other and get to know each other. When dogs sniff each other’s butts, they’re actually exchanging important chemical information. This chemical information can tell dogs things like whether the other dog is a friend or foe, what their mood is, and if they’re interested in mating.

So the next time you see your dog sniffing another dog’s butt, don’t be grossed out! They’re just doing what comes naturally to them.