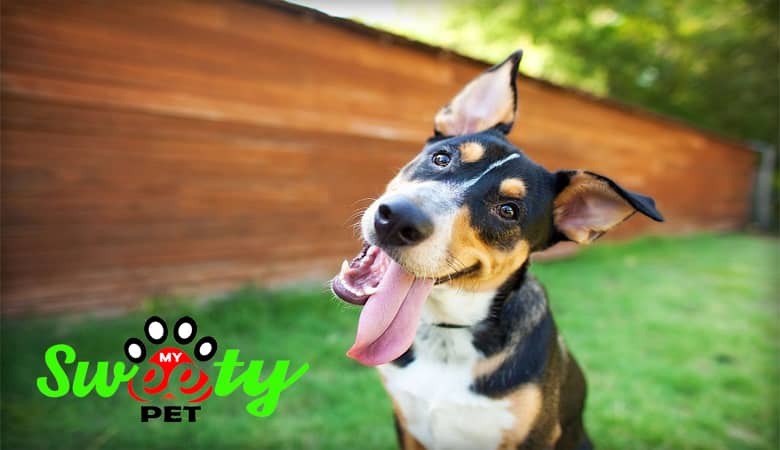 If your dog has started behaving strangely or becomes disobedient or disruptive, there may be various illnesses behind it. Therefore, the first thing to do in such situations is to consult your veterinarian.

In this article, you will learn what behavior may be a symptom of a particular disease in the dog. This information will help you determine when it’s time to see the doctor.

Has your dog become picky about food? Then you might think his tastes have changed, or he’s tired of the food he’s been eating. And that may be so. But it could also be a gastrointestinal disease that causes a change in appetite.

These diseases cause nausea, acid reflux, or pain that worsens when eating or from certain foods. So this is why the dog doesn’t want to eat. Also, dogs with GI disease may start chewing on different objects.

An examination by a veterinarian can help determine what the problem is. Stool tests and imaging of the stomach and intestines are usually done to diagnose the issue.

Most dogs don’t mind eating some “delicious treat” that another animal has left behind, whether it’s other dogs, cats, horses, etc. But if your dog wasn’t a fan of this kind of thing before but now has become a pathological poop eater, it can trigger several disorders:

But the causes may be non-medicinal. So we recommend reading more about how to stop a dog from eating poop.

People rarely think about health problems when their dog becomes aggressive (including lunging, snapping, biting, and guarding food or toys). But a sudden behavior change is just the thing to be wary of. If your pet has become irritable and angry, something is probably bothering him. That can be a variety of illnesses that cause discomfort, disorientation, and chronic pain.

Behavioral changes may be due to low blood sugar levels, as well as more serious illnesses such as encephalitis or a brain tumor. Don’t worry too much since these are rare conditions, but you should get checked.

Disobedience in puppies is normal. But if your dog used to be accustomed to commands and obeyed and suddenly became disobedient, there may be an explanation.

One of the possible reasons could be a decrease in hearing acuity. The dog simply can’t hear commands. Hearing can worsen due to ear infections, so a doctor’s examination is needed.

Hypothyroidism, which, as mentioned, can cause aggression, can also cause the dog’s uncontrollability. Because of sickness, the dog feels fear and confusion.

And in older dogs, the cause of this behavior may be dementia. As a result, their cognitive abilities decline, and dogs no longer understand things they used to understand.

Toilet in the house

If your dog has always gone to the bathroom in a proper place before and then suddenly starts peeing in the house, it most likely indicates a health problem.

What diseases can cause these problems?

The diagnosis can often be made by blood and urine tests. So instead of scolding your dog for a puddle in the house, it’s better to take him to the vet.

Destructive behavior in dogs can include chewing and destroying things, excessive barking, digging, and scratching at doors trying to get out of the house. If the dog only behaves disruptively when you are away, separation anxiety is most likely the cause. It is a psychological disorder in which animals experience the stress of being separated from their owners.

Separation anxiety can develop after a traumatic event or a lifestyle change (the owner has become very busy and does not give enough time to the pet). Dogs from shelters are prone to separation anxiety. Treatment of this disorder requires comprehensive measures, and sometimes medication is needed.

Excessive licking/scratching and eating of inedible objects (such as rocks) can also indicate psychological problems such as obsessive-compulsive syndrome. In OCD, the dog cannot control himself. Therefore, medication may be prescribed to help him relax. Destructive behavior in a dog may not have a medical cause. It may be due to improper training or insufficient exercise.

If your dog’s behavior suddenly changes, the first thing to suspect is a health problem. It is better to be examined immediately and detect the disease in time. Appropriate and timely treatment will help your furry child to become himself again. So be attentive to your pet’s behavior, and do not be in a hurry to get angry at him for his mischief. It doesn’t mean he’s naughty at all!