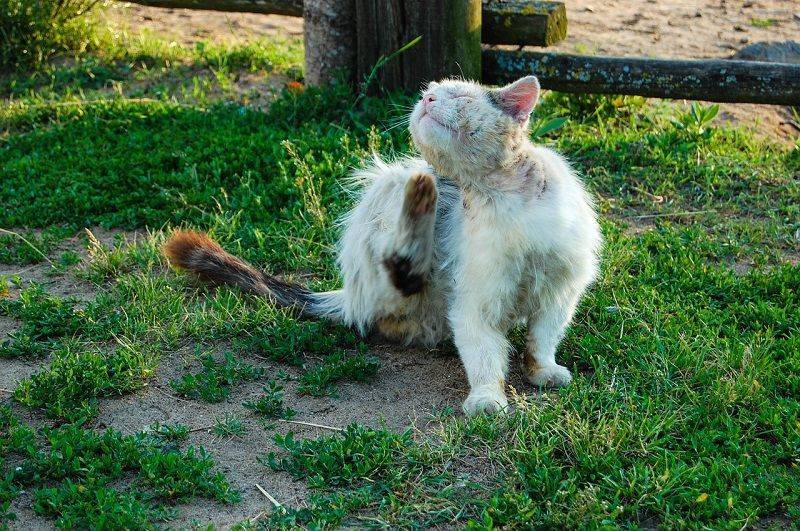 Pets — everybody loves them, but they aren’t without their problems. For all pets — like humans — have their share of parasites, or living creatures that live on and within them. And in a not unrelated matter, they can also “encourage” other creatures into the home, which can make both the homeowner and the pet ill.

Here are some of the most common creepy-crawlies that you are most likely to encounter, along with some information about their nature, the illnesses they cause, and what you can do to get rid of them.

[Pro Tip: If you are a visual learner, skip to the bottom of this article, and check out the Infographic.]

This little parasite is one of the most common on Earth. It lives naturally inside the stomach of cats and some dogs, and their eggs pass out through faeces. Dog excrement and cat litter-trays therefore are a hotbed for transmission. The eggs are also ‘sticky’ and able to stick and release from the paws of your cat and dog, which can spread the parasite all around the house.

The scary thing about toxoplasma is that it is capable of mind-alteration. In fact, after infection, toxoplasma gondii makes its way up to the brain, where it can subtly influence emotions; including impulsivity and depression. And of course it can cause toxoplasmosis, a condition characterised by loss of appetite, fever, rashes, respiratory problems, and seizures — in both susceptible cats, dogs, and humans.

Toxoplasma gondii is perhaps the most difficult parasite to ward off. To prevent it requires vigilant cleaning — of both litter trays and your cat’s feet — and quickly disposing of any dog poo. Hoovering, cleaning… at least the house will always be clean.

As for toxoplasmosis, the symptomatic phase either will pass after a bout of illness, or will need antiparasitic drugs from the vet. But this is one parasite that is always lurking in the shadows. The most disturbing fact is that, most infections are not overtly symptomatic. If you have already been living in ignorance around cats and dogs, then there is a real chance you might already have it.

This parasite thrives in dirty or contaminated water — and even chlorinated pool water. In fact, in humans, it most commonly infects children who visit the swimming baths.

As for pets and humans alike, do not drink any water that looks dirty, or that you suspect of being contaminated. Once infected, it can make pet and human alike very dehydrated, and cause an upset stomach. If you are out walking with the dog, well… don’t let it drink anything you wouldn’t drink.

If you suspect your pet has cryptosporidium, provide it with plenty of water and high-fibre food. The illness should start to subside after 3 days. But if it doesn’t, give your vet a call, who may be able to provide antiparasitic medication.

Most animals in the natural world — and especially mammals — carry mites with them naturally, and it is impossible to prevent all of them in all instances. The human face, for example, is home to at least two species of face mites. The problem is, certain conditions can cause them to breed rapidly, and in huge numbers they can cause illness.

For example, in humans, a huge amount of face mites can cause hair loss, rashes, itching, and even a skin condition known as rosacea.

In our furry friends: dogs, cats, hamsters and so on, an excess of mites can cause flaky skin, patches of hair loss, itching, head shaking, and excessive licking of the fur. Like tea-tree oils and special shampoos can rid humans of excess face mites, so can grooming, washing, and monitoring your pets’ coats for mite infestation. If the mites are hitchhikers, and not actually native to your pet’s coat, then you might want to consult your vet for anti-parasite treatments.

We tend to think of mosquitoes as a menace to humans only — but they have a sweet spot for our pets just as much as they do for us. In fact, mosquitoes can transmit parasites such as heartworm and a type of encephalitis to dogs and horses.

In the UK, mosquitoes are just as much of a nuisance in the summertime as they are in warmer climates. Some species can even spread malaria (though infection is very rare). The same method for protecting our pets is the same as we would do for ourselves: this includes making the garden a mosquito-free zone by covering up any open water sources; removing any rubbish (where they may lay eggs), and turning off any unnecessary outside lights (mosquitoes are attracted to the light), and closing any doors and windows at dusk.

If your pet is ill, and you suspect this is from a mosquito-vector infection, then you can buy over-the-counter treatment at your local health store. If in doubt, contact your veterinarian. But prevention is better than cure, as they say. Follow these steps to protect yourself and your pets.

Cockroaches are drawn to food and live in cracks and crevices, where they can reproduce rapidly. If they don’t find any food or water, they repay the favour by smearing their bodies over every surface they can scutter over. This smearing leaves smear marks, smells and looks disgusting, and spreads disease like wildfire.

If you own a pet, make sure to clean up all of their leftover food. Got any leftovers yourself? Then bin it. In humans and cats and dogs, cockroach infestations can trigger allergies and a general feeling of unwellness — but these symptoms should subside once the infestation has been dealt with.

The jury is still out on whether bed bugs can bite pets — some people claim they are not engineered to move through thick fur, with others claiming that they can feed on cats and dogs as jubilantly as they can on humans.

For pets and humans alike, bed bug bites are not pleasant. Their bites can erupt into blisters, and cause difficulty breathing.

Contrary to popular belief, bed bugs love — and are a sign of — clean living conditions. Wash your dogs bedding at over 60 degrees Celsius to kill any eggs, and give everything a good hoover. If in doubt, call in an exterminator.

There are over 20 species of tick in the UK, and thousands across the world. The scary thing about them is, they can transmit a potentially deadly disease called Lyme disease to both pets and humans.

Ticks are woodland creatures, so in the summer, if your dog or cat has been for a run in the garden, be sure to give them a good inspection — ticks look fat and ugly, and cling to the skin after a bloodfeed. The garden is another potential infection zone in the summer, so be sure to trim the vegetation back and cut the grass short.

If your dog has been with you away on holiday, then you will want to be extra vigilant when looking out for the Brown Dog Tick, which can thrive and breed in the house. There it can cause havoc on your health, and any other pets in the vicinity.  Inspect your dog for ticks and contact your vet if you suspect a tick-borne illness.

This article was written by Neil Wright of Pure Freedom, a company that manufactures window cleaning systems for professional cleaners.