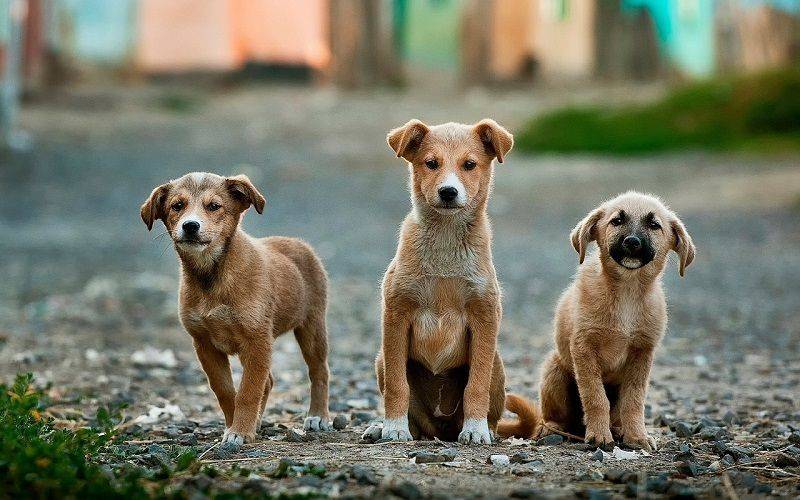 Dogs are our oldest companions. They have been with us for several thousand years. They offer us comfort, friendship, protection, and just plain joy. The best part is – there are just so many of our furry friends to choose from.

There are hundreds of dog breeds, all of different sizes, shapes, and temperaments. We understand that choosing the right breed can be overwhelming, and for that reason we have written up this little article on the top seven most popular dog breeds.

Take a look at this awesome infographic we put together for you and find out more about each bread down below!

Labrador Retrievers, colloquially known as “Labs”, are the most popular dog breed in the world. Everybody knows somebody with a lab in their home.

Now, they are popular for obvious reasons. They have a long-standing record for being playful, obedient, and intelligent. They belong to the hunting bird-dog family and come in three different colors – chocolate, black, and yellow.

German Shepherds, popularly known as “GSD” or “Alsatians”, hold the second spot. They have a subtle wolf-like appearance, and their ears are always alert and erect. German Shepherds are smart, active, and intelligent. They are also very easy to train, and this makes them a perfect fit for first-time owners.

German Shepherds can be trained as guides, guards, and search and rescue dogs. They are also loyal, courageous, athletic, and very protective.

While German Shepherds can be very friendly, they can also be aggressive and mischievous if not properly trained and socialized.

Next on the list are Golden Retrievers. They are agile, obedient, and intelligent. Retrievers belong to the hunting bird-dog family and can be very helpful when it comes to hunting and retrieving games. Golden retrievers are especially good at hunting because of, paradoxically, their gentleness. Namely, they don’t damage the game they retrieve after a hunt.

French Bulldogs are small, muscular, and have bat-like ears. Unlike other dogs, such as Rottweilers for example, they do not require a great deal of exercise. They are ideal for keeping at home because they are small and do not bark often.

French Bulldogs are charmers because they have an adorable look and a silly personality, which makes them suitable for apartments. They love human companions and quickly grow fond of people

However, French Bulldogs are stubborn and not easy to train. Also, they do not seem to tolerate other small pets like cats.

Next on the list are Bulldogs. They have a large, sphere-shaped head and short, thick necks, with massive shoulders. Bulldogs weigh about 50-54 pounds. They are very sweet and calm.

Bulldogs are also gentle and actively crave human attention. They can live for 8-12 years.

Beagles are small active dogs. They belong to the “Hound Dogs” family. Beagles were originally used to track small game like rabbits. But with time, they have evolved to become family dogs.

Beagles are gentle, loving, and friendly, which makes them a great fit for a family. However, they are known to be very vocal as they bark and howl quite often. Beagles are not ideal to be guard dogs as they tend to be outgoing and friendly even toward strangers. Also, a fun dog fact – Snopy from the famous Peanuts strip is a beagle.

Last on the list are Poodles. Although Poodles originate from Germany, they are very popular in France. They are smart and can be trained for different purposes, such as assistance or a guide dog, for example.

Poodles are clever, elegant, and affectionate. However, when bored, they tend to be destructive. They come in three different variations, namely – the Toy (the smallest), the Miniature, and the Standard Poodle (the largest).