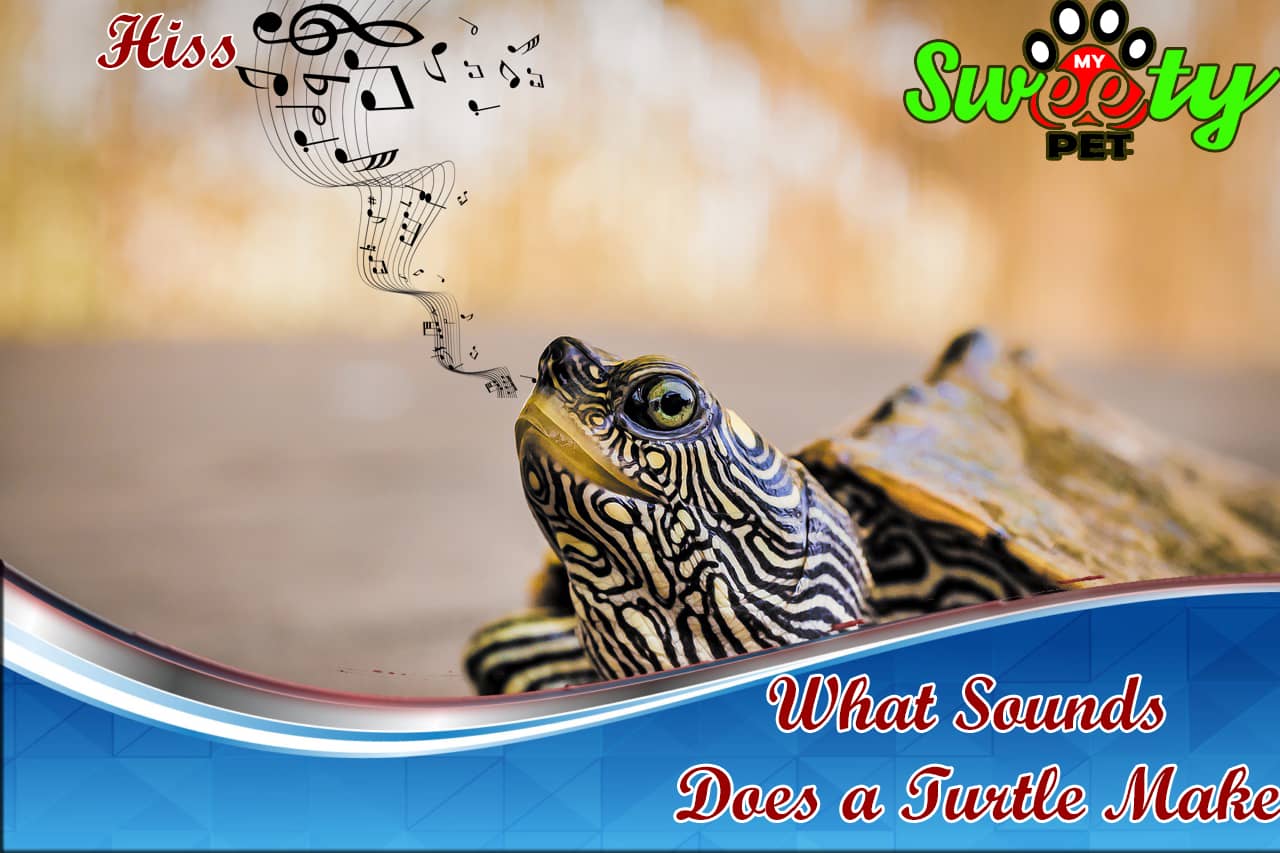 Turtles are one of the most fascinating reptiles in existence. Aside from their superior longevity, they have also been known to roam the earth longer than others in the reptilian daily.

Because of human’s fascination over these creatures, turtles have been the subject of many research works to help us understand their ways. We already know that the environmental climate affects how long turtle eggs are incubated, and how the incubation temperature determines whether the hatchlings will be predominantly male or female. And the research doesn’t stop there.

Recently, studies show that turtles also make sounds. In this article, we have gathered everything you need to know about turtle sounds – including how they can be heard and an overview of what sounds does a turtle make. 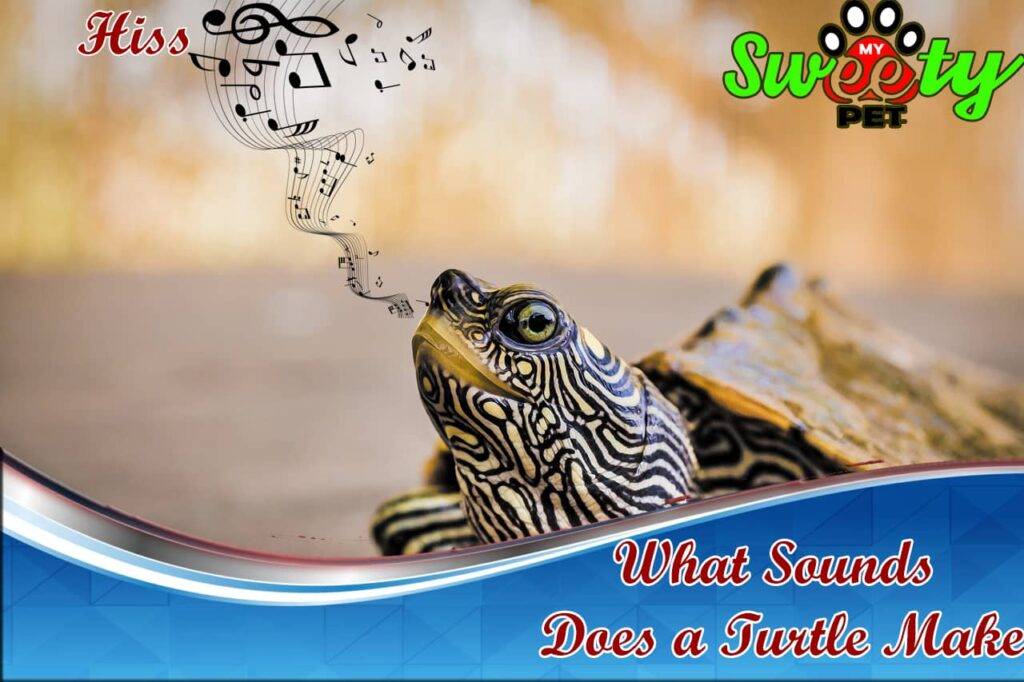 As human beings, we couldn’t imagine turtles making any kind of noise. They seem like calm and gentle creatures who simply want to relax near bodies of water.

If there’s anything that research has led us to, it’s that turtles are also relatively sociable – although not as social as human beings. We may not see it often, but they tend to interact with other turtles in certain circumstances. And just like us, they also vocalize when they are being sociable. This disproves the prior belief that turtles are not communicative.

But if turtles can make sounds, then why can’t we hear anything? The answer is simple: turtles produce low-frequency and low-volume sounds that are seemingly inaudible to our human ears. While these sounds are not completely silent, they can be easily drowned by other sounds and this led us to believe that turtles do not make any noise.

To hear these turtle sounds, the best approach is to use special equipment that is sensitive to sounds. Researchers are able to determine various sounds that turtles make after using hydrophones inside their tanks.

So why is it only now that we are discovering this? Experts believe that it was due to the lack of appropriate technology in the previous turtle research years. Because of the backward technology of that time, researchers were led to believe that turtles were deaf and made no sound at all. This makes us all grateful to live in such an advanced time.

What Sound Does a Turtle Make?

Now that we know that turtles are capable of making sounds, here is a list of turtle sounds that have been discovered throughout the years.

1.   Turtles hiss when they feel threatened.

The most common turtle sound that has been discovered is hissing. They produce this sound when they feel threatened, and it is the case for various turtle species.

When a turtle feels scared, he instinctively tucks his head inside his shell. When this happens, some air is being expelled from its body, which then produces this hissing sound. So if you ever hear a turtle hiss while tucking its head – it’s an indication of fear rather than of aggression.

This sound also suggests that the turtle is stressed. If you have a pet turtle who hisses when you approach him, then this reflects how stressed out he is in his environment.

If you’re intent on keeping your pet turtle, there are ways by which you can train it to feel safe around you. With patience and proper training techniques, your turtle will eventually feel more relaxed around you.

Another interesting sound that has been discovered is that of attracting the opposite sex.

When male turtles want to mate with a female, they go through an act of courtship that involves creating vibrations that will convince the female to accept the invitation. This courtship usually takes place underwater, so it’s quite interesting to learn how turtles pair up.

3.   Turtles tend to cry out whenever they are mating.

Once the female accepts the invitation to mate, turtles produce a different sound when they are in the act of mating.

Turtle mating sounds are usually continuous and sound like a soft cry. While this is generally inaudible for smaller turtle species, you can actually hear it if you’re around larger species. So if you’re a breeder of large turtles, then you might be familiar with their mating cry.

It is also discovered that turtles use echolocation to improve their navigation.

Echolocation is a method used by animals to help them identify what lies ahead of their path, especially in areas and conditions that make it hard to see. These animals produce vibrations that are being bounced back whenever it hits another object along their path, and this helps them avoid these obstacles as they move along.

Recently, it has been discovered that the Amazon River turtle uses echolocation to navigate the Amazonian waters. This large turtle species is native to this South American river, which is known for its dark waters.

As such, the Amazon River emits a low-frequency sound that is reflected along the contours of the river, along with all its underwater obstacles and species. This gives them an idea of what they are about to encounter, allowing them to move around obstacles and avoid predators in this low-visibility environment.

Similarly, studies show that some turtle species use this technique to navigate to their nesting sites. And we find this truly interesting.

5.   Turtles let out an intimidating roar to scare predators.

It has also been recently discovered that some turtles would roar defensively to scare off potential predators.

In some instances, this can be audible to humans – especially for the larger turtle species. So if you happen to pick up a turtle off the ground and they’re caught off-guard, you would notice them letting out a roar.

This sound may not be intimidating to humans, but it certainly works for their predators in the animal kingdom.

6.   Turtles tend to breathe and hiss aggressively when they are preparing to attack.

We have previously discussed that turtles produce a hissing sound when they’re scared. Curiously, turtles also make a similar sound when they are trying to be intimidating.

Some turtle species are very protective of their territory. When they feel like someone is invading their home, or when they don’t feel safe in their home, they produce an aggressive cry to scare off the intruders.

This sound can be likened to hostile hissing coupled with heavy breathing noises. In this case, the turtle does not hide its head, so you can easily distinguish this from the threatened hissing we previously mentioned.

Out of all the sounds we have listed, we are most interested in turtle vocalization sounds. Research works show that turtles vocalize a low-frequency sound when they’re communicating with each other.

But what’s truly interesting about this sound is that it is common among hatchlings and developed embryos – yes, even when they’re still inside their eggs.

With the help of sound-sensitive equipment, experts were able to discover that baby turtles communicate with each other as early as when they are just about to hatch. They use this to synchronize their movements to make sure that all the eggs in a batch hatch together and flee the nest together.

Experts believe that hatchlings do this to protect themselves. They travel to the nearest body of water as a group to have a higher survival rate and avoid predators.

In some instances, it is also revealed that certain baby turtle species also use vocalization to catch the attention of mature female turtles. The pair would then navigate the waters together, so the baby will feel protected and would thus have a higher chance of surviving.

Thus, it’s safe to say that baby turtles produce sound mainly as a means to survive.

Interestingly enough, studies reveal that turtles also tend to create sound whenever they want to communicate with humans. Aside from the hissing sound described above, turtles can also be trained to associate making sounds to signify hunger.

And since humans bring them their food, successful training leads to turtles tapping on aquarium walls to produce sound. This alerts their caretakers that it’s time to feed them. Now isn’t that fascinating?

While turtles are not as loud and sociable as dogs and similar animals, they are certainly capable of making sounds. It’s just that these are too quiet for us to fully appreciate without the use of special equipment.

Modern technology has yet again proved how valuable they are in contributing to research works. Without special equipment, we would still be left in the dark about turtle sounds. Because of this development, we are looking forward to even more discoveries about these majestic reptiles.