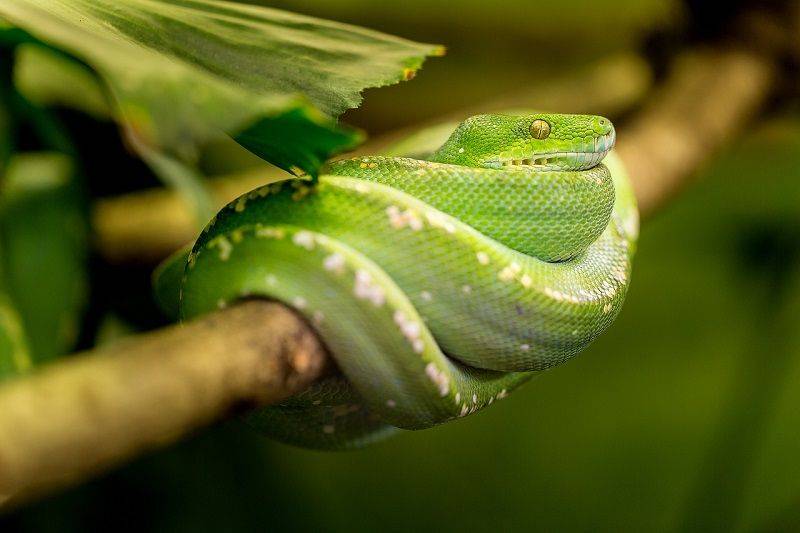 By default, all living organisms need to feed to continue living. All the same, animals’ bodies have a mechanism that allows them to stay for sometime without feeding. So, the question today is about how long a snake can go without food.

Snakes are predominantly animals of prey. That means that they feed on other animals from insects, rodents, and all the way to small mammals like goats and gazelles.

But have you ever wondered how long a snake would survive without food? Well, you will be surprised to learn that snakes have the ability to adapt to food shortage extremely.

Also, at times, snake-pet owners have been on record reporting that their snakes had not eaten for several weeks or months.

Surprisingly, most of these pet owners had no idea that snakes could stay for so long without food. Because you are already reading this piece, let’s go ahead and clear the air on this matter.

How long can a snake stay without food?

During winter, most animals go into a period of inactivity. Snakes being cold-blooded also have to hide away from the harsh weather and minimize energy consumption.

During those harsh times, food supplies go down, and the snakes are forced to utilize the little that is available inside their bodies. Also, during dry periods, food supply may go down and lead to a prolonged period of food shortage.

Snakes lower their bodies’ metabolism as they utilize the energy stored up in their bodies.

So, snakes can survive through the three months of winter and beyond without feeding. Some snakes like the ball python have been in the record for surviving for six months without food. Therefore, if you are planning to be out of town with no one to care for your snake, the animal will be alright.

On the higher side, snakes can go up to two years without feeding. This would seem to be an extremely long time. All the same, it could be the explanation behind the survival of snakes’ species for so many centuries.

How Do Snakes Go Without Food?

During brumation (a period of inactivity), snakes don’t feed at all. Actually, some species like the snake stay without food from October to May.

Generally, snakes store food in the form of fats in their bodies, just like any other animal. It is on these reserves that a snake depends on during such periods.

Technically, a snake can lower its metabolism by 72%. According to Biologist Marshall McCue, snakes take energy conservation to a whole new level.

In a study that involved three species of snakes, McCue noted that snakes continued to grow despite a lack of food supply. Also, they lowered their metabolism rate without lowering their body temperatures. Surprisingly, the animals stay alert throughout this period.

In all animals, when fact supply is over, their bodies start utilizing the proteins for energy. At this point, the animals’ muscles start wasting away. If the lipid levels go below 10%, then that would be a death sentence to most animals.

As for the snakes, when they exhaust the fat reserves, they can depend on proteins for a long time since their metabolic rates have reduced by over 70%. Also, their lipid levels can comfortably go below 5% before they start utilizing their body proteins.

Therefore, since snakes can drop their energy consumption so low, they can survive prolonged periods of starvation. This could be the reason why the serpents have outlived many animals through the period of mass extinction.

When Should Snake Owner Start Worrying?

From what we have seen above, a snake can stay for long without taking in any food. Also, sometimes of the year, snakes tend to lower their food intake.

Some pet owners have reported that their snakes usually stop feeding during some months of the year.

All the same, you should not just assume that everything is alright if you notice some unusual behavior in your pet. First, you need to watch its body temperature. Snakes lower their metabolism rates without lowering their body temperature. Naturally, snakes will take occasional hunger strikes, but those ones should have nothing to make you worried.

With time, if your snake seems to get thin such that its spine forms ridges, then you should start worrying. Snakes may lose weight, but the spine should remain encapsulated by muscle. For most snakes, this could be after six months and above.

Therefore, there is no need to worry if your snake doesn’t feed for a few days.

For baby snakes, they don’t have large energy reserves as the adults do. Therefore, they may not go for long without food, but it could be long enough to surprise you. Though they need food to grow, they can go for over a month without food.

Actually, for babies, you shouldn’t get worried before two months are over.

Can a Starving Snake Bite?

The fact that the snake is starving doesn’t mean they incapacitated. If anything, the snakes stay so alert that they attempt to bite their captors. Therefore, necessary caution should be paramount when handling these animals.

If provoked, the serpents will defend themselves. In that case, the snake handler should always take care to avoid injuries in case the animal feels aggressed.

Finally, it is evident that snakes can stay for long without feeding. Actually, some constrictors do stay for long after taking one meal before they can go for another kill.

All the same, in times of starvation, a snake may outlive many other animals. It can lower its energy use by as much as 72% during such times.

Again, as it utilizes the body fat reserves, it can stretch the energy supply than other vertebrates. That means by the time it results in using body proteins to provide energy; the fat levels could be lower than 5% of the body mass.

With this kind of ability to adapt to food shortage, the snake species have defied mass extinctions while other animals like the dinosaurs failed to withstand the challenge.