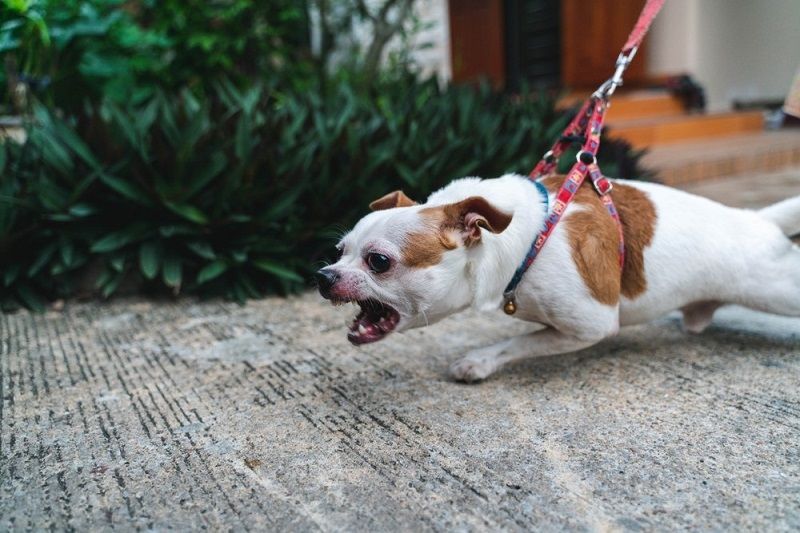 The behavior of a dog can sometimes be very mystifying to their human friends. This confusing situation reaches its peak when it comes to the situation – why do dogs bark at sirens?

You do KNOW that your doggy friend is very much interested in eating the poop of their own, but, truly speaking, it really puzzles me a lot.

At the same time, we also feel a moment of surprise at the time when the dogs give the same kind of greetings to a ladybug that he uses to a home intruder.

However, considering all of those perplexing behaviors of a dog, the most surprising one to us is – Why do dogs howl at sirens?

Here, in this comprehensive discussion, we will try to explain almost each and every angle of dog barking at sirens.

It is to be noted that we made extensive research on this particular topic of “dog barking at sirens” so that we can come up with a discussion that can help you the most.

We believe – this informative discussion of ours will help you get to understand almost all the possible reasons for the howling of a dog at sirens.

Well, we don’t want to make you WAIT any longer!

Let’s get it STARTED then…..

Why do dogs bark at sirens?

One of the most primary reasons for dogs barking at sirens is closely associated with their ancestry.

Maybe your doggy friend is domesticated, cute, and cuddly at this moment – but, to be very frank, they actually were not like that all the time.

Another Information we must make you aware that the descendants of the dogs are wolves. Although that’s not visible to their temperament and behavior all the time, a strong connection or link is undoubtedly clear when it does come to howling.

According to research, it has been proved that wolves do use howling as a means of communication. At the same time, dogs and wolves have got a somewhat sharper sense of hearing POWER than that of human beings.

You’ll be very much surprised to hear that they have the capability of hearing high-pitched sounds or noises from a longer distance. In case of wolves, when a wolf gets detached from its pack, then they use sudden howling – which involves some kind of high-pitched sounds – in order to make communication with other wolves of the pack.

It’s completely TRUE that your dog isn’t a member of a wolf pack, but all of those howling behaviors are somehow installed in their system (DNA).

And, you KNOW what – the sirens have also got that same kind of high-pitched sounds.

According to some of the dog experts – whenever a dog hears any sort of high-pitched sound, it starts to THINK that maybe another dog is howling for help.

Hence, the time your dog does hear any howl or siren, they actually do THINK another dog in distance is making that sound – and, as a result, they also do howl so that the other dogs can understand where the actual location of your dog is.

Another reason for the barking of your dog could be related to security and protection. If your dog feels some kind of unusual, new and somewhat threat in the surrounding environment, then there is a possibility that they want to warn you with a possible danger near you.

So, you should keep in mind that if your dog doesn’t get habituated with the sounds of the sirens, then they may consider those sounds like a potential “THREAT” – and that’s the reason, they start barking in order to grab your attention and consequently, warn you about the danger they might be feeling.

There’re some people who think that dogs do bark or howl because the high-pitch sounds of the sirens hurt their ears. But, in reality, this statement isn’t valid at all.

What should you do if your dog barks at sirens?

To be very frank, we must let you know that – barking at sirens is completely a common behavior seen in every dog.

So, if your dog does bark at sirens frequently, then it’s not a matter of concern.

But, if you observe that your dog barks at sirens at an excessive rate, then you must have to take some steps in order to correct their behaviors.

From our experience, we would like to advice – the best way for dealing with barking at sirens problems is discouraging your dogs from barking or howling. And, teach them to stay quiet.

In this case, you can follow the following 2 steps in order to control your dog’s barking at sirens:

The first thing you can do is to ignore your dog whenever they howl at sirens. You should start teaching your dogs that the barking thing won’t help to grab your attention at all. So, when your dog realizes that barking at sirens isn’t a good idea to draw your attention, then they will gradually stop howling at the sirens.Sometimes, you can use bark begone device that will help to stop barking.

Another thing you can do is rewarding your dog whenever they stay quiet after hearing any high-pitched sounds or sirens. This is really a great idea to teach your dog about how to stay quiet even if they hear any kind of sirens.

We believe that these two techniques can help you to stop your dogs from barking at sirens in an excessive manner.

But, if you have any other kind of method or technique, you can definitely share that with us. This will surely help us to add your proven technique to our list of formulas.

So, by this period of time, you have got an overall idea about the possible reasons of  “why do dogs bark at sirens”.

We believe that we did cover almost all the sides you must know about the barking of your dog at sirens.

But, if you have any kind of questions or need more information about this particular topic, then you can surely knock us at any point in time.

We would love to HELP you out.